It would be lovely to think that behind every door in Britain there is a happy, relaxed atmosphere where people feel safe and loved and can find sanctuary from the outside world.  Sadly, the reality is too often very far from this and more people than we’d like to think are suffering domestic violence at the hands of spouses, partners and family members. 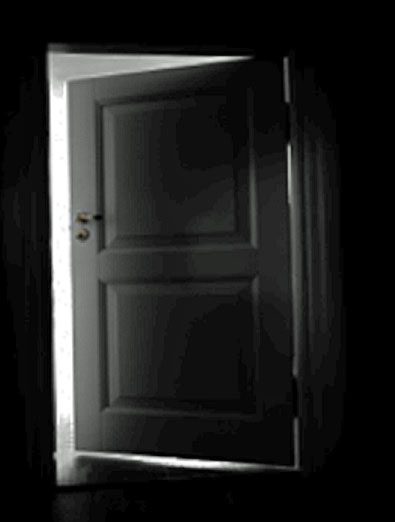 The term ‘domestic violence’ often conjures up images of a women being physically attacked by a man, yet it is far broader than this and may be better termed ‘domestic abuse’ as it can involve a number of forms of abuse and be perpetrated by anyone such as women to men or adolescent child to parent.  The cross-government definition of domestic violence or abuse is: “Any incident or pattern of incidents of controlling, coercive, threatening behaviour, violence or abuse between those aged 16 or over who are, or have been, intimate partners or family members regardless of gender or sexuality.” (Office for National Statistics, Domestic abuse in England and Wales: year ending March 2018).

But how often does it happen? Is this really a common issue?…Well, the last set of statistics we have from the Crime Survey for England and Wales estimate that 7.9% of women (1.3 million) and 4.2% of men (695,000) experienced domestic abuse in the last year.  In picturing what this might look like in real terms, think about a typical street in a town or city that has say, 50 houses with approximately 3 people living in each one.  The statistics show that in just one year around 12 women and 6 men will experience domestic abuse in that particular street alone.  That’s quite a shocking thought and shows how common a problem this really is, and if you’re reading this and are experiencing domestic abuse then I hope that these facts will help you see that you’re not alone and there are lots of others who will understand what you’re going through.

As I mentioned earlier, domestic violence and abuse isn’t just physical attacks, there are many forms of abuse involved, so I’ve listed some examples (taken from the Duluth Model Power and Control Wheel) here as a guide :

In adult relationships domestic violence and abuse rarely starts straight away.  In a TED Talk by Leslie Morgan-Steiner, a domestic abuse survivor, she describes the common stages that occur, the first step being to seduce and charm the victim, secondly to isolate them and thirdly to introduce the threat of violence or start with small elements of abuse and see how the victim reacts.  If the abuser has done a good enough job of isolating the person from their usual sources of support and makes light of the abuse or blames the sufferer, then it can be very easy for the abuse to continue and escalate.

Now for the big question that everyone wants an answer to….Why don’t they leave? Another assumption is that if they don’t leave or keep returning to their abuser, then it’s the sufferer’s fault for going back.  But having listened to some sufferers of domestic abuse. it just isn’t that simple, not by a long way.  One of the predominant reasons for staying is the fear of what might happen if they try to leave – what has the abuser threatened to do to either them or people they care about if they leave? Also, the psychological impact of having someone you love wearing your self-esteem down to the point where you believe the lies…. that you’re not worth anything and no-one cares about you, that it’s your fault the abuse is taking place and no-one else will want you…can mean that you reason that you have nowhere to go and you’re not worth the trouble of helping.  Along with this, being isolated from family and friends can make someone feel they have no other relationships to support them, that they’ll be on their own and won’t cope if they leave.  Another perception is that it’s just how things are – ‘that’s how men/women/teenagers are’ – an assumption that the abusive behaviour is typical of everyone and accepted as the norm.  Threats, loss of self-esteem and hope feeling isolated or a misconception that it’s normal can all keep the sufferer of domestic abuse from leaving.

One thing people may not know is just how much support is available to those experiencing domestic abuse.  Support services have vastly improved over time and agencies are using their amassed knowledge and expertise to help people extricate themselves from the abusive situations they’re in and forge a new, safe and better life.  If you’re going through domestic abuse I would recommend that you do some research and find out what support is available to you  Some good places to start are: www.refuge.org.uk, www.victimsupport.org.uk, www.mankind.org.uk.  With professional support you can make a safe plan to leave, but please know that you will always have the autonomy to choose what you want to do.

Counselling can also make a big difference in helping you, wherever you’re at.  Sometimes when you’re in the middle of a difficult situation it can be hard to know if what you’re going through is actually abuse, and you may need to talk about this with someone in a safe and confidential place where you can be heard, understood and supported in making the decisions you feel are best for you.  Counselling can also help you heal from experiences of domestic abuse, such as understanding how you’ve been affected and receiving professional support in restoring your self-esteem and confidence, managing anxiety or depression, improving assertiveness etc.  If this is something you feel you’d benefit from, then feel free to get in contact with me.  Your call, text or email will be treated in the strictest confidence.