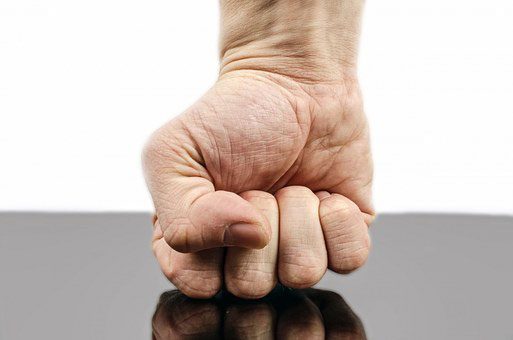 There are situations in life where we can feel really angry – and the feelings that bubble up inside us can be hard to control – we just want to let the person that’s upset us know that we’re fed up with them and give them a piece of our mind. Or even if there’s no particular person to blame for the problem – we still want to lash out and express our frustration and sense of injustice. Sometimes we’re angry with ourselves and give ourselves a hard time.

Anger is a normal human emotion – it tells us that something is wrong and needs to be addressed. In fact, anger can help motivate us to make important changes in our lives – perhaps by motivating us to protect ourselves, or someone we care about, from mistreatment, or by becoming more assertive in certain situations,

Anger can have many causes – maybe a driver has cut you up on the road, or someone’s been rude – offending your or somebody you care about. It can be the frustration of someone or something making life difficult for you by not co-operating or meeting their responsibilities, it could be the result of a build-up of stress in a pressurised job or strained relationship, or you’ve made a mistake that’s causing you more problems than you could ever have expected. And the list goes on….

The feeling of anger in our mind and bodies can be like a pressure cooker of tension – bubbling away until we’re struggling to contain it – tense muscles, heart beating faster, making fists, racing thoughts, preparing ourselves to either verbally or physically fight the problem – as in the ‘fight or flight’ adrenaline response. However, this is the crux of the issue – it’s not the feelings of anger that are a problem – it’s how we react and behave as a result of our anger that can cause us problems.

If there is an instant reaction to anger that is aggressive and offensive then it’s easy to end up hurting others and making bad decisions that can damage your family, friendships, career or even land you in trouble with the police. Physically or verbally lashing out may feel like a release in the immediate moment, but the damage it does can leave those around about feeing hurt, frightened and unsafe, or it can escalate a situation into something much bigger – and create much more problems that we regret later.

Therefore, controlling our response to angry feelings is important – and each situation where we become angry is likely to require a different response. Wherever possible it’s best to take time out – moving away from the situation and taking some deep breaths – counting to 10, 20 or however many counts you need to calm down and think more clearly and rationally about how to manage the problem…. However, whilst this might be helpful to do in those one-off moments of anger, what’s important to understand is the difference between anger and rage.

Anger is usually a response to something in the here and now, whereas rage is a result of a build-up of painful emotions formed subconsciously from one or more difficult experiences (traumas). If you’ve been through some tough times as a result of abuse, bullying, bereavement, divorce, illness etc. but haven’t been able to talk about or express how you’ve felt as a result of this, then those feelings can lie dormant underneath the surface – unexpressed and unresolved, and whilst you may feel that you don’t want to face those things and do your best to carry on with life despite what you’ve suffered – those feelings can sometimes bubble up to the surface – and end up being released in displays of aggression – usually as an angry reaction that’s disproportionate to the situation. Which looks like an over-reaction by others, but may simply be a release of those feelings you’ve been trying to keep hidden or tried hard to forget.

If you’re reading this and recognising that you’re anger reactions are out of control and not in proportion to the problem, or that you’re starting to think that your anger is actually more like rage, then I would encourage you to consider seeking support. Counselling provides a therapeutic relationship whereby your difficulties and life experiences can be talked about and emotions expressed in a safe and supportive environment. It can provide an opportunity for greater self-understanding and self-compassion – giving you the space to heal and find greater peace of mind. If you’re thinking about taking the first step in finding support, then please feel free to get in contact – I’d like to help.