Physical abuse can be defined as any deliberate behaviour that causes injury or trauma to someone through bodily contact.

Whilst you may think that being on the receiving end of such violence would automatically cause a person to find a way of escape in order to protect themselves, unfortunately it doesn’t always work like that.  Yes, physical abuse is the most distinctive and conspicuous type of mistreatment in that it leaves bruises, injuries and scars, however it doesn’t necessarily mean that the person on the receiving end feels capable of stopping it or removing themselves from the perpetrator.

What we know about physical abuse is that it is rarely the only way that a person suffers, there is usually verbal abuse and manipulation involved, through coercion, threats, intimidation and isolation, thus making the abused person feel that they are trapped in the situation.

Everyone could potentially suffer from physical abuse, but the most typical victims are female and vulnerable due to being physically, mentally or developmentally disabled, elderly, substance abusers or intimate partners of violent people. 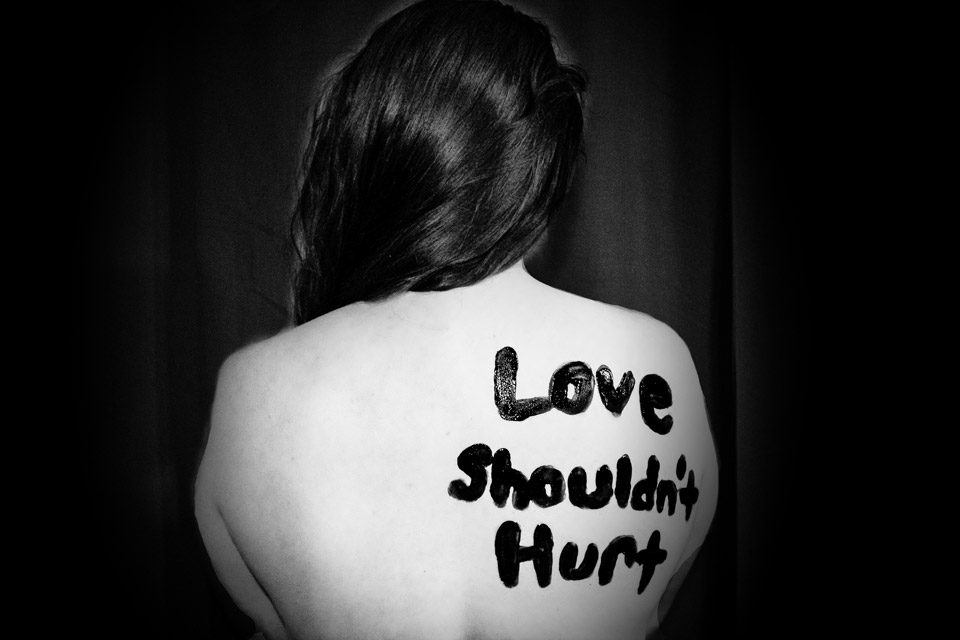 Natasha Tracy explains that: ‘While it is never the fault of the victim, victims of physical abuse often feel shame and guilt over the abuse and hide the abuse from others. Victims are also typically afraid of what would happen if the physical abuse were found out. Unfortunately, this often allows physical abuse to go on unreported.’ (Tracy, N. (2012, July 26). What is Physical Abuse?, HealthyPlace. Retrieved on 2019, June 12 from https://www.healthyplace.com/abuse/adult-physical-abuse/what-is-physical-abuse). For example, a mother might be too embarrassed to admit that her son is hitting her, or an elderly person may prefer to keep quiet about a carer’s neglect for fear that they may be put in a nursing home.  A partner of a violent person may believe that they would be financially destitute or threatened with greater levels of violence to them or loved ones if they found the courage to leave, or a person might be persuaded that being hit is a justifiable punishment for doing or saying something wrong.

Just to make things very clear – It is NEVER ok to be physically abused. There can be many reasons why the perpetrator of the abuse has resorted to violence – including their past history of being physically abused themselves, mental illness, stress, family crisis etc. Which means that they will need to seek professional support to overcome these difficulties.

But the one thing I would most want the reader of this blog to hear if they are on the receiving end of physical abuse is this: It is NOT ok that someone is hurting you, you DON’T deserve it and you are NOT responsible for ‘fixing’ the abuser – it is NOT your job to change them, simply because no-one (not even professionals such as doctors, psychiatrists, psychologists or counsellors) has the power to change another person.  Some professional support can be provided to encourage change – but the decision and determination to change lies with the perpetrator themselves – it’s THEIR job – not yours.  It is their responsibility to choose to change and to seek the professional support they need in order to assist them.

One of the reasons why physical abuse is so damaging is not just because of risk of serious injury (or even death), but it’s impact on your emotional wellbeing and that of other people involved – such as children or wider family and friends.  Physical abuse affects self-esteem, self-confidence and can easily lead to anxiety, depression, panic attacks, miscarriage, relationship and/or family breakdown, dependence on alcohol or drugs to name but a few.  Which is why it’s important to recognise and accept what’s happening and seek a way out as soon as possible.

If physical abuse is tolerated, then there is a risk that the cycle of abuse will keep revolving.  The cycle of abuse usually starts with threats – “I’ll hit you if…” “you’d better be careful otherwise I’ll….” “If you do that again you’ll regret it…” Then comes the abuse itself – slaps, punches, kicking, pushing, pulling hair, gripping hands or limbs and not letting go etc. After the abuse has stopped and the abuser has calmed down then comes the apologies, the regrets, the promises they won’t do it again, this might include gifts as tokens of apology…and when they have convinced you that all is OK and they are going to try their best to not repeat it,  then it may not be long before the threats start again….

If you feel that you are trapped in this cycle of abuse and that you really don’t know what to do for the best, then I would strongly urge you to seek some support.  There are some excellent organisations that have extensive experience of helping people in your situation such as Women’s Aid, Victim Support, Samaritans, Action on Elder Abuse (for older people), Respond (for people with learning difficulties), Childline, NSPCC or Young Minds (for children). Or alternatively, if you’re in a place where you’d like to receive some counselling for the abuse you’re going through or have experienced, then please know that I can help and would deem it a privilege to support you in healing from the hurt and gaining fresh hope for the future, so please feel free to get in touch – the sooner you reach out for help the sooner life could change for the better.